The 19th of May 2004 was a horrifying day for the people of Lukodi (a village 17 kilometers North of Gulu town). On this day, the Lord’s Resistance Army (LRA) raided the village and carried out a massacre, taking the lives of more than 60 people. 14 years later, Dominic Ongwen is being tried at the International Criminal Court (ICC) for his role in the massacre while survivors request for the government’s assistance to reconstruct their village and rebuild their lives.

Apart from the massacre, Lukodi was one of the villages in Northern Uganda that suffered from persistent attacks by the LRA. Last week, I talked to some of the survivors who also stressed the responsibility of the government to remedy the human rights violations as it failed to protect them from abduction and other atrocities during the armed conflict. One was even abducted from the “protected” IDP camp (i.e. internally displaced persons) while others were abducted from their homes or the school. One thing is for sure, the survivors and their families continue to struggle psychologically, economically, and (at times) socially.

In the weekend, I enjoyed a leisure trip to Murchison National Park and Ziwa Rhino Sanctuary. All of the following animals were encountered in their natural habitat and under their conditions: lionesses and lion cubs, hippos, buffalos, crocodiles, elephants, antelopes, a hyena, red monkeys, baboons, warthogs (Pumba), giraffes, vultures, rhinos and much more. It was also a real baby boom to the enjoyment of all of us! Lastly, most of the animals were seen up close at a distance of less than 30 meters. Going on a safari is one of the most expensive things to do in Uganda (as well as other tourist activities) but it is a once in a lifetime experience that is worth every shilling! 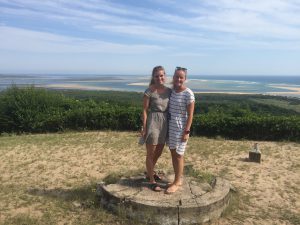 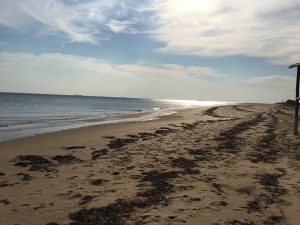 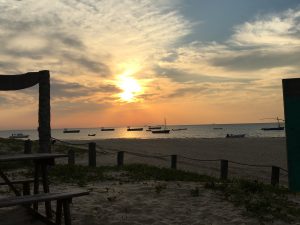 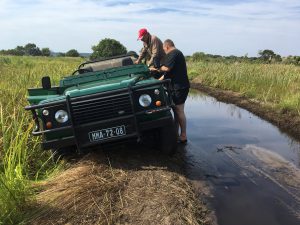 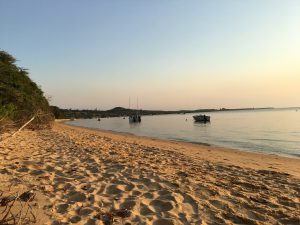 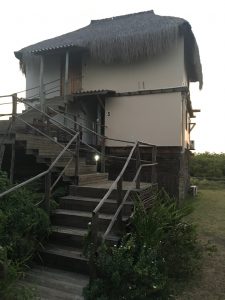 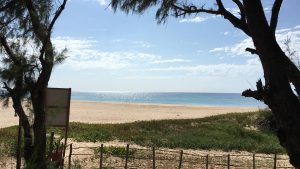 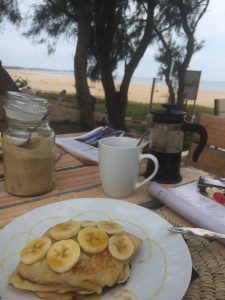 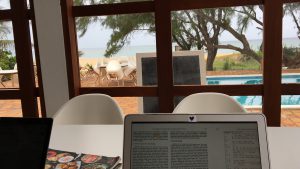 Where to start? So much has happened in the past week.

I have continued conducting interviews. This week with three formerly abducted persons, each lasting from 55 to 90 minutes. While the research is going well, and I am setting up more interviews with returnees themselves, what I wish to share today is not related to my research.

In the weekend, I went full-on tourist with Matilda (do you remember her from my last post?). On Friday, we went to the Equator and drove through Lake Mburo National Park and Queen Elizabeth National Park on our way to Bwindi Impenetrable Forest. The highlight of the trip was the tracking of the mountain gorillas which can take up to 8 hours! We were very lucky as:

Within the first five minutes, I was within reachable distance of a young mountain gorilla who felt like passing me and another woman. Of course, you do not touch the animals due to transferrable diseases and safety. The gorillas did not seem to mind us at all! They were resting, eating, playing around, building their nests etc. It was such a breathtaking experience to observe these animals that share 98% of our DNA. After an hour, the silverback rose up and they all left.

After returning to the hotel, we went on a community walk to visit the pygmies of the Batwa community. We danced with them, observed how they traditionally lived, made fire, and hunted. We asked how they felt about being forced to leave their home in the forest in 1991. The elders explained that it was very hard but that they have now managed to adjust to the new way of life and settled in the community. We also visited the nearby school and orphanage for pygmy children. At night, we stayed near Lake Bunyonyi, the second deepest lake in Africa.

On Sunday, we drove back to Kampala and made a small detour at Lake Mburo National Park where we spotted different animals including zebras, gazelles, and warthogs (aka. Pumba!).

Follow this link for more pictures and videos of the mountain gorillas. 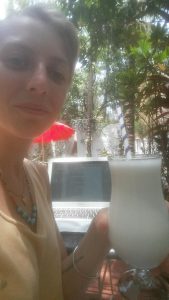 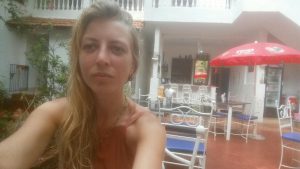 I know, I know, I have been quiet recently. Actually, it is not because I am lazy – believe it or not – or because nothing happened. On the contrary, a lot happened and the past weeks have included lots of interesting and inspiring interviews, the classic traveller’s stomach problems, six-hours train rides and bum-hurting tuktuk rides on a muddy river island.

So, how do I cover all this in one single blog post? The easy solution: I don’t 😉 After the bihu festivities, the rest of April mainly went with conducting interviews and transcribing so these days I will just mention quickly. The women activists I have met here are all very informative and willing to talk and I have found a very diverse group of participants spanning from the well-educated middle class lady to the village woman who has seen too much violence and torture during the past decades’ insurgencies in Assam. They have all been incredibly open to talk to me so the past weeks have been busy but effective.

But now, after conducting my interviews and half of the transcriptions, it is time for the fun stuff! The past days I have spent outside my safe base in Guwahati more specifically, in Jorhat in Upper Assam, where I first was introduced to one of the coolest ladies I have met and her organization Purva Bharati Educational Trust (PBET) and later, visited a tea garden and got to meet the strong activists of the local adivasi women’s association. Besides interesting stories, the tea garden visit also included stunning views over green fields and a long-awaited tranquility after one month in bustling Guwahati.

In the weekend, I went to Majuli – a small, but nevertheless Asia’s biggest, river island in the mighty Brahmaputra. The island is famous for its satras (monasteries for monks following the Vaishnavite branch of Hindu religion). One of my participants told me about this form of Hinduism in the interview so I was very excited for experiencing the culture that, according to her, created a more liberal caste system and better living conditions for women in Assam (I have my thoughts about the caste system, including the Assamese, but I will leave that discussion out of the blog).

After arriving on the island, I soon discovered that exploring Majuli and the satras is just easier with your own vehicle and a local guide as both public transport and English-speakers are scarce. However, I tried to make the most of it by hitching a ride on all possible vehicles – scooters, cars and tractors – to make it to the first satra (I also accidently paid 200 rupees for a ride but luckily most people were too nice to take advantage of a confused tourist, who did not do her research before going). 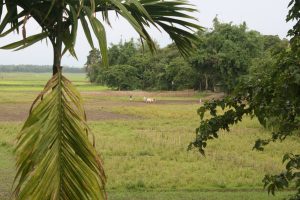 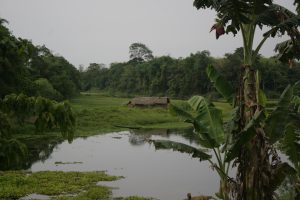 My whole trip changed completely when I was on my way back from visiting the first satra, out of the five I planned to, and a car stopped right by my side. The door was opened and a father, mother and two children gestured at me to make me get in. Few minutes later I found myself drinking tea in the family’s home and desperately trying to understand Assamese chit-chat from the cutest 4-year-old boy, who did not seem to care about my limited vocabulary and confused sign language.

I spent the rest of the weekend with Prasanta and Banalata and their children. After knowing me for approximately one hour, they offered me to stay in their house and show me around the island. Prasanta took me to three more satras and a tribal Mishing village, where one of his friends invited for spicy but delicious lunch and home-made rice beer. I also had the pleasure of meeting Prasanta and Banalata’s neighbors and drinking endless amounts of tea. I was really sad to leave Majuli after just two days but back in Jorhat, the reunion with Smita, Arup and Sinumoni from the awesome PBET crew (and some more rice beer) cheered me up.

I think it is safe to say that the hospitality and helpfulness of Assamese people is the most overwhelming and heart-warming I have experienced yet. Everybody has welcomed me like a member of their own family and shared their home, their food and lots of smiles with me. I am already planning another trip to Jorhat and Majuli just to meet these treasures again and I STRONGLY recommend everyone travelling to India to make a trip to the North East! I simply don’t have enough words for expressing how good the Assamese people have been to me.

In the past week, I have worked on transcribing my interviews and met with YOLRED (Youth Leaders for Restoration and Development – an initiative founded by former abductees and others who were affected by the war to support youth).

I went to Jinja last Friday. The journey started with a canceled bus at 8 AM and a one-hour delayed post bus from Gulu to Kampala. The trip was quite long (7 hours) as the bus stops several times on route. In Kampala, I changed to a matatu (the shared taxis) to Jinja with the help of the brother of my contact. The drive was … interesting. There are at least 15-20 persons in the car with all their luggage (be it bags of corn, rice, weekend bags). After dark, much rain, and delays due to queues, our driver decided to drive off-road – against traffic! After 3.5 hours, I finally arrived in Jinja where Matilda picked me up. Matilda and I met at the MFS preparation course in Hӓrnӧsand. It was so much fun to reunite in Uganda. On Saturday, we went river rafting, sightseeing in town, and had a delicious dinner right next to the Nile. Unfortunately, I had to go back already on Sunday morning to reach the last afternoon bus to Gulu which leaves at 1 PM. After the experience with the matatu on Friday, I decided to go with a safer, more comfortable, and expensive option: The Pineapple Express. I can only recommend it. We arrived in just 2.5 hours and that included a stop at the bank. The service is a hire car and driver, which takes you from point A to B with whatever stops you desire (hence, the higher cost).

This time, I will be back in Gulu for just three days as Matilda and I are going to Bwindi Impenetrable Forest to track the gorillas. I am so excited! 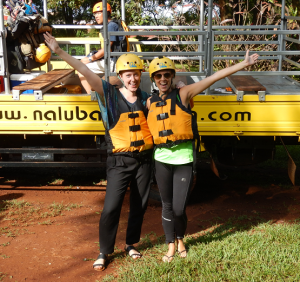 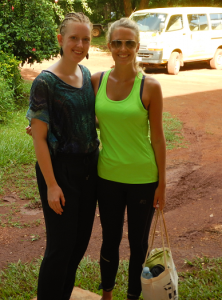