Already three wonderful weeks have passed. Overall, my weeks have surpassed all of my expectations. Happy to tell you guys, my weeks are filled with amazing sights and experiences. 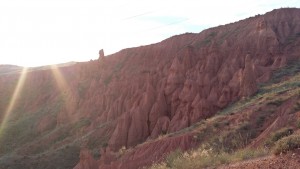 As planned, I regularly spend 3-4 days per week at the Family Physician Health Center to continue to collect data for my work. I have reached amount of 35 mother-child pairs and I have 15 left. While examining the pairs I feel meaningful purpose, knowing that this isn’t just a thesis that has to be done, but also that those mother-child pairs hereafter will become aware about their oral health and will get enlightened with education to maintain a good oral hygiene. Not only education, but also distribution of dental kits that will be given to them such as toothbrushes and toothpaste. This will have a significant impact in improving oral health. In terms of their bad dental status the challenges are big, but so are the rewards.

We are having a great opportunity to make a significant difference in their lives. 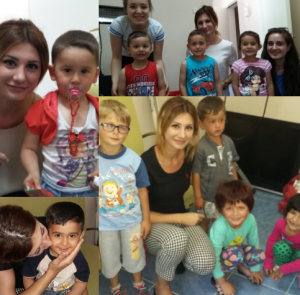 In the end of every examination I can see and feel a sense of appreciation in their eyes. Experiencing that rewards can be so big after little investment is truly amazing. This really fuels my entire day and due to this I wake up every morning with momentum and go to sleep with satisfaction.

I spend the rest of the days at the University where my supervisor works. At the Clinic I continue to collect relevant articles to work, analyzing saliva samples and get my own patients to treat.

Another great part of the day is looking forward to getting my own patient to examine and treat them because I experience different cases and learn a different system of treating. It is so instructive to explore similarities and learn the differences between the countries for example, how we examine, how we meet the patients, how we diagnose and what factors mostly matters.

I’m ending my days jogging together with my supervisor Dr Turksel to the forest and mountains to capture the nature and release my thoughts because I believe the nature is a great equalizer. I’m truly amazed by the size and variety of the natural environments and I just can’t get enough of it. 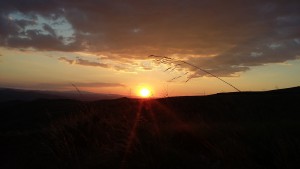 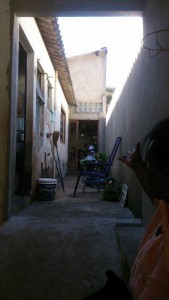 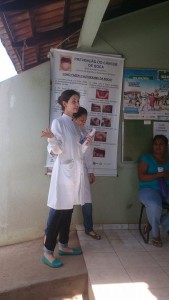 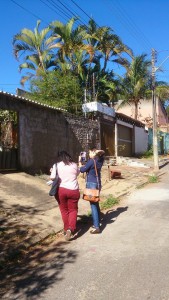 My apologies for the slowness of my first post

After some hours airplane and bus trip I finally arrived early in the morning to Kirikkale. I stood in front of my apartment and had a moment of enjoyment. I couldn’t wait to start my thesis with warm summer days. The weather was amazing. Even though I haven’t had any sleep in 24 hours I was too excited to go to sleep. I met up with a friend for breakfast and thereafter I met my supervisor Prof Turksel Dulgergil and his family for the first time. They welcomed me and embraced me sincerely like I was a family member. I felt a warm feeling deep within and moments of exquisite happiness. We spent lovely time together and they showed me around in Kirikkale.

Days went by and I became busy every day. Busy, organizing my life here in Kirikkale and making preparations for my thesis together with my supervisor Prof. Turksel. The invitations of mother-child pairs, the questionnaire and the materials that is needed for the field study were prepared and completed. 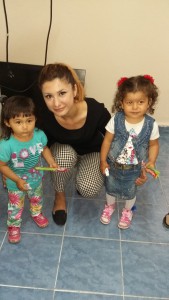 After having spent a long time at the clinic and in the Family Physician Health Center to collect data, I needed time out to recharge so I stepped out of the clinic with my supervisor and jogged across the forest and the amazing mountains of Kirikkale. Things in Kirikkale could not be more beautiful than they are. 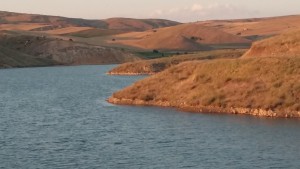 Kirikkale as city and the cooperation with my supervisor has exceeded every expectation possible and opened my eyes to new opportunities. Beyond the preparation and collection of data for my thesis, I participated with my supervisor and other dental- and nurse students in another kind field study for children between 2-15 years old. The field study was done in rural areas of “Yozgat” city with mobile dental unite and examination, restorative, extractions, fluoridation etc. were involved. My supervisor is the member of scientific board of national oral health prevention programme (one of three academicians on this board) who arranged these kind of programmes in different parts of Turkey. 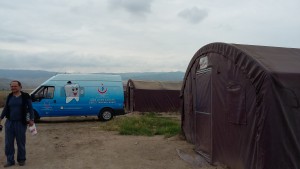 This gave me a stunning visual insight and I had hard to imagine something like this happening back home. The children lived in hard conditions and had much worse health. Even if, by chance, this kind of patients appeared back home, I hardly imagine meeting this kind of patients back home with the regularity that I see them here. This brought tears to my eyes, tears of both sadness and happiness, sad seeing them live like this and happy for the opportunity that my supervisor gave me to be here, to help and to make a difference. 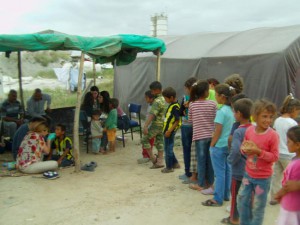 I can’t describe how lucky I feel every day to be here in Kirikkale, learning from my well experienced supervisor, learning the differences about oral health, general dentistry, learning the importance of the culture, local livelihoods and environment etc.

Although I miss my family and friends back home, I wouldn’t trade a day of my time here for anything and I am sure you would say the same if you would be in my shoes living these days.

Those days I have spent here so far made me truly realize the phenomenon of taking things for granted. We are too busy in life and we constantly preoccupy ourselves with thoughts of things we don’t have. We should be very thankful and value people and things in our lives. The things we take for granted are dreams for many people here. 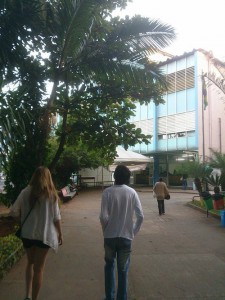 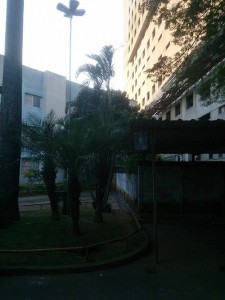 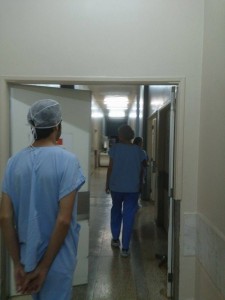 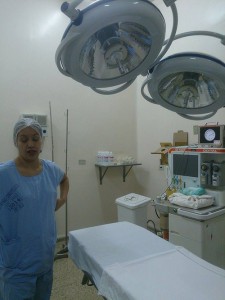 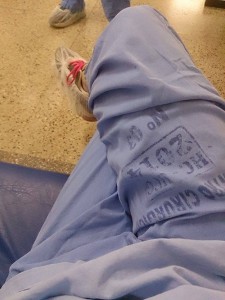 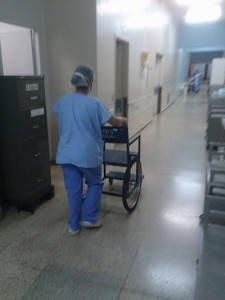 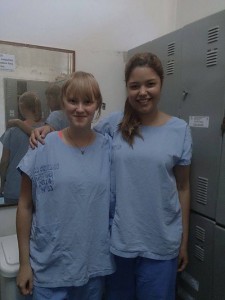 During three months, I did a field study in Tanzania about aid and women’s education. I investigated two projects that focus on young women’s education. One of the projects is the Mama-course program, which gives pregnant girls a second chance to education, and the other is the Help-to-help foundation, which offers scholarships and skill-training to ambitious students who wish to study at university but don’t have the economic means to pay the tuition fees. After interviewing numerous people, I strongly believe that both of

these programs are important, and that they include a new way of thinking about aid. In my opinion, these projects respond to the local needs, build human capacity, and provide ground for making long-lasting changes in the society. They alter social norms, help people to be independent, and thus, empower the poor and marginalized.

The time I spent in Tanzania was valuable, and I learned a lot. I will certainly miss the friends I got and the adventures I woke up to every day. I am very grateful to all the people who helped me with various things, participated in my study, and made my stay a blessed one. In very few places, I have received so much love.

Nevertheless, there are numerous issues in Tanzania that are problematic and hinder its development. The country has been dependent on foreign aid for decades, and this without showing much progress. One might ask if the external support impede on the government responsibility to provide political goods to its population. Is aid a solution for development, and if so, how should the external support be carried out?

The government aspires for Tanzania to be a middle-income country in the near future. And indeed, it is a country with resources, and the economic growth has been high for several years, with an annual growth rate around 7 %. However, the majority of the population is still living in poverty, with a huge gap between the rich and the poor. Gender equality is far from reached. Women are still doing most of the work in the household, they are often discouraged to make their voices heard, and they might not have the right to decide over their own bodies. Forced marriages, early pregnancies, and sexual violence occur. Domestic violence is more a rule than an exception. In many schools, children are beaten by their teachers if they don’t behave in a disciplined way. The pupils might be punished if they fail an exam, have a sexual relationship, or are late to school because they had to work in the morning.

Nonetheless, most Tanzanians I met were proud of their reputation of being so peaceful. But from my view-point, it seems to be a long way to go before peace has occurred at all levels in their society.

A sustainable development must include empowerment of the disadvantaged.  All people should have the right to a decent life, without discrimination or violence. I went to Tanzania with the idea that education is the ground for development. But education is not enough. It must be qualitative, based on individual needs, and it should provide for life-long learning. To have a school system in which the students are worried about not being able to pay the school fees, are afraid to be beaten, and are not allowed to ask questions or think critically, and where boys and girls do not have the same chance to finish their studies, it might be very difficult to develop to a middle-income country. The change must come from within. Economic development is not the same as sustainable development. Education is a step, but it must be carried out in a way that provides for the people to be able to build the country. If aid should be a way to reach these goals, it must help people to help themselves towards a sustainable development. I hope that people will get the chance to understand their capacity to change their lives and to improve their conditions. It’s time that Human Rights become global norms.

The blog was originally published on: http://fufkorrespondenterna.com/2015/07/13/tanzania-a-last-reflection/ 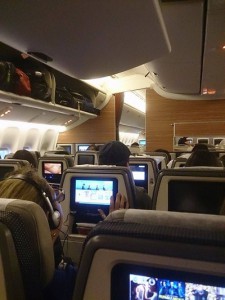 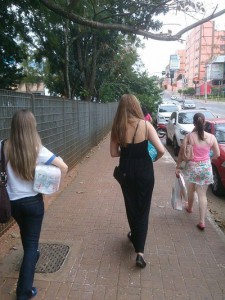 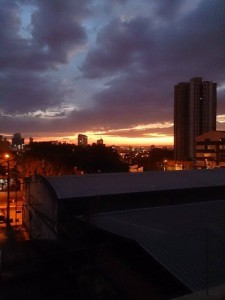