You may notice that my updates are not as frequent as those of other students and there is an explanation to that.

Where I live there is no internet. If i go by bike 10-15 minutes to one of the restaurants by the beach there may be internet, but bring your pacience and be ready to change your plans of the day. I knew this before coming here to do my study and I was prepared for it…yet to make a thesis internet seems a bit crucial in order to find all the info, articles and everything.

Another alternative is to go by bus into the closest town, León. Door to door the trip takes about an hour and that is not a problem. But when planning and doing an interview study the plans changes quikely. The partiipants don´t show up and you scheduele for the next day, so OK I don´t go to town…folloing day they cancel again and it is to late to go to town and so on…

But as I have written before, it is all worth it! I just hope that Malmö University understand why I haven´t updated so frequently as they have wanted..sorry Malmö University!

So my study is coming to an end…all the interviews are done, still waiting for some emails from some organisations but in total the field study is done. Now it is “only” the writing part that is missing. I decided when I got the MFS scholarship that I would hand in my thesis in August instead of in May, since I had no idea how the study would go down here. The minimum stay is 8 weeks and that is pretty fair if everything goes as planned, i not it is nice to have 1-2 weeks extra like I have had. I also don´t know if we are supposed to write the thesis completely during this time aswell, that might be. But I have not had the time to finish mine so I am happy that I have until August to finish it.

In total if you have the energy and interst do a minor field study, apply! Do it! You learn so much from it! Of course it depends on what you want ot learn and do, but either way you will come out of it with an experience that the majority of your classmates does not have.

I don´t think this will be my last update, since I want to share some of my findings with you as well. So hold tight they will come!

My thesis treats the subject of abortion and I will boldly say that abortion is a hot subject non-dependent on where you go in the world (even in Sweden), because my experience is that close to everyone hold their personal opinion about it. If it should be restricted or not, how it should be, why it is good or bad, who should decide and so on. Women from the Northern Europe, like me myself, have had access to abortion roughly said the last 50 years give or take and may be it is seen as obvious for us. It is absolutely not like that in the rest of the world as you may already know. And to sit down and talk to someone about something that is obvious and a matter of course for me but not even slightest to that person, that is a very special experience and many it times it is hard to hear about. Something that is important to think about is that this is their reality and who am I to say that “No, that is not how it is. You should think like this.” That is just patronizing and colonial thoughts all over again. This society is so different from ours and the history as well, so of course there is another way of thinking, arguing and coping with situations as well. But for me as a woman hearing thoughts and opinions against women held by other women is something rather hard.

But you surely learn from it, so much! Doing this study has been such a unique experience that it is hard to explain. I have learned new things every day, it has been overwhelming a lot of the time, I have met wonderful people and it is just wow! Without a doubt this experience have developed me as a person, student and a woman. It is hard work that is for sure, a field study is not the easy way of doing a thesis, but so worth it!

Before visiting a new country I believe that many of you look up the safety in the country first, am I right? Nicaragua is the poorest country in its region yet it has the lowest crime rate in Central America. Their neighbours Honduras and El Salvador are considered rather dangerous to be travelling in but Nicaragua stays relatively safe. During the time (2years in total) that I have spent here I have to agree, it is rather safe here. Of course I have heard stories about the pandillas (gangs) in Managua the capital and also the Barrios of other cities, but nothing worse than what you hear in Sweden.

But there is something very different with Nicaragua…the Nature. I have lived, studied and worked here during 2 years now, with a break for studies in Malmö for my thesis. Under these 2 years I have experienced following;

2 Floodings due to rising sea levels

2 Evacuations due to Tsunami warning

What is missing so far is a hurricane, an actual Tsunami, forest fire and hmm I think that is it.

BUT what is important to say is that even if all this have occurred they have not been too serious. Or for you as a tourist at least. It surely have affected the people here in many ways. Floodings and sandstorms destroyed many homes in poorly constructed areas putting already poor families in even harsher conditions. The drought that has been going on since last year have let many farmers without crops, villages without water and the food prices have risen significally. The drought is due to El Niño a weather phenomena that is supposed to happen every 7-8 eight years but have passed by more and more frequently. Quikely explained is that the biggest ocean currents change directions and so does the winds. So where it is supposed to rain like here in Nicaragua from May-Dec it doesn´t or far from sufficient and where it is supposed to be drought like central Africa and India it rains heavely. Since here it is Winter (rain) May-Dec and summer Dec-April(HOT) this means 1,5 years without good rain, you can imagine yourself what harm that can do.

Nicaragua is a country full of power of the earth and it keeps surprising you with its powers! Sure it can make you a bit scared sometimes but woow it is truly incredible to experience! And I don´t want to scare you of with this ok? There are many months that can pass without anything happening as well and as I said as a tourist visiting it is safe and totally once in a life time experience! 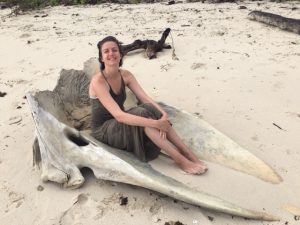 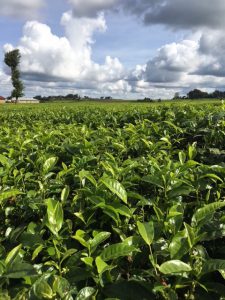 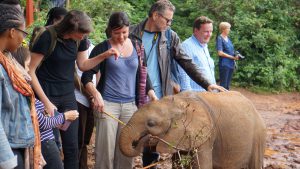 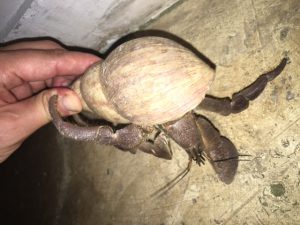 The countdown for going back to Sweden has started…

All the interviews are done, transcription and coding are finished… I am the moment putting together the result chapter… Realizing how difficult it will be to respect the numbers of pages allowed.  Also reflecting over the ”lost in translation” may affect the final outcome. I have been collecting my data in French, writing the paper in English, and will in the end “defend” it in Swedish 🙂

All together I am very happy and pleased with my stay in Morocco. I have been lucky to get such a privileged insight in the NGO, surrounded by brilliant women, fighting for women’s right.  I truly hope I will be able to make a fair portrait of their organization and their struggle!

House wise… it is great to live in a big house with a lot of different people because you are never alone! The downside… you are never alone. I am looking forward to be sharing a kitchen with only one person and to be able to have some quite time when needed.

I will finish off this input with some pictures from Chefchaouen, the Blue City, that I had the pleasure to visit last week-end, enjoy! 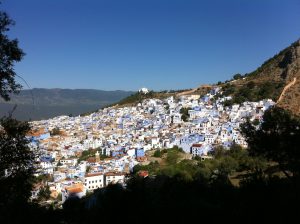 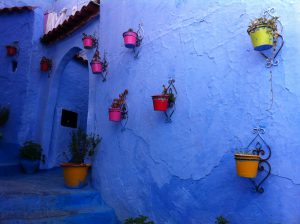 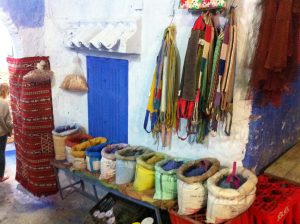