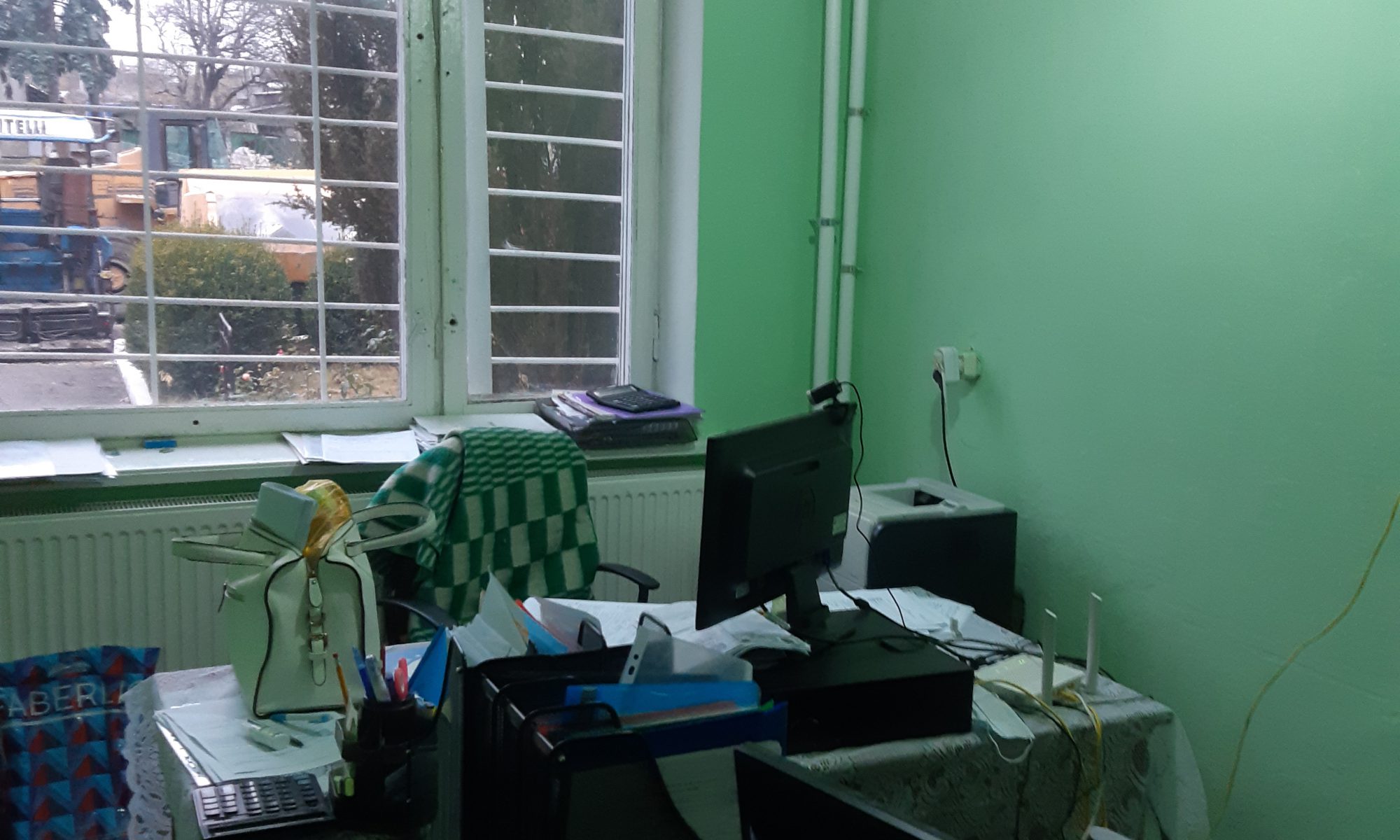 Halfways into the project, covid-infection rates start reaching alarming levels. Among others have all of my colleagues/informants in Chisinau city administration been ordered to self-quarantine (and many of them are ill with covid, but currently recovering). The impact is quite noticeble from the point of view of my research, since it’s impossible to collect empirical data without meeting people. Hence I decided to go to outlying villages with lower infection levels where restrictions and quarantine is not (yet) in function.

Thus I came to interview care staff and assistance officers in a village in northern Moldova. I met with them in their work office, appearing at the photo. Interviews were carried out individually and recorded, resulting in audio files that will further on be transcribed and translated into English. Following previous findings, my questions this time focused on how decision making about service provision takes the needs of each individual into consideration, since it appeared to me as if decision texts were rather vague and tended to end in a paragraph stating the admission of home service of a certain number of hours per week, without too many details as of which kind of help, how often and for how long per day had been agreed upon.

Interviewees explained that needs would typically vary from day to day, and that it’s therefore more fair, and better for everyone, to set a number hours of home service as an outcome of the assessment – without stating too detailedly exactly what sort of service or help would be provided at each visit. Thereby, money would be allocated from the regional healt & social care board to the assigned social worker in the village, and they could start working almost instantly. From that moment on, the interventions would be decided by the care-taker and the home care worker together, with a priority to what the beneficiary wishes for at each visit. As the interventions would commence, the social worker would report in a summary what had been performed at each visit, based on a 15-point-scheme of possible intervention. Of all the possible interventions, the two most common ones referred to 1) bringing groceries to the beneficiary, and 2) carrying out small talk and listen to what the beneficiary wanted to say, an activity named convorbiri. From a Swedish point of view, this last intervention appear almost unthinkable, since Swedish care staff seldomly have any time for talking to the care-taker. Reflecting on this, both interviewees stated that the need for convorbiri was more or less the corner stone of elderly care in Moldova, since beneficiearies are all too often very lonely. Looking at reports from recent weeks’ work, it was beyond doubt that the code for convorbiri appeared at almost every visit, whereas other interventions, such as bringing groceries or water, cleaning the living areas, performing personal care, or securing house heating, appeared sporadically.