“When there is peace, anything is possible” – Godfrey Canwat, Hope and Peace for Humanity, Uganda.

Thursday the 20th of April 1995, the senior LRA-commander Vincent Otti and his troops claimed the lives of over 300 people in the Atiak Massacre. Among those killed were 48 students and two teachers from the Atiak Technical School. Atiak is a village 71 kilometers North of Gulu town. It is situated in Kilak County (Amuru District). After the brutal killings, several young boys and girls were abducted. Some are yet to return, 23 years after the Massacre. A monument bearing the names of some of the deceased was raised in 1996 at the Atiak Trading Centre. Notably, several of the perpetrators live in the community alongside the victims and their families. Forgiveness is highly valued in the Acholi cultural region. It is believed that some things (e.g. murder) cannot be changed through retributive justice (as it cannot bring back the dead). Hence, the Acholi uses other procedures such as the mato oput ritual (the cleansing of the spirit) which seeks to reconcile the community, perpetrator, and victims.

Today, we participated in the 23rd commemoration of the Massacre and the inter-faith memorial prayer. Prayers and blessings were officiated by heads of the Protestant, Orthodox, Catholic, and Muslim faiths. The need for forgiveness was stressed throughout the prayers. Forgiveness for all engaged in the war and for “the brothers and sisters” that committed the crimes in Atiak.

After my first (and quite late) interview, I will spend the rest of my Friday night with my roomies and lots of music. 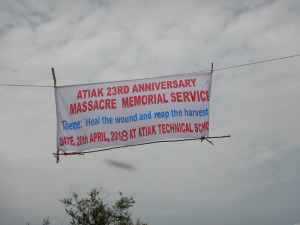 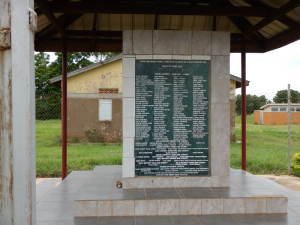 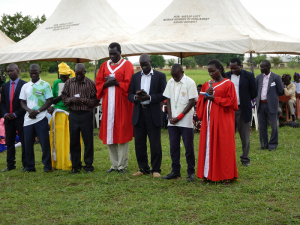 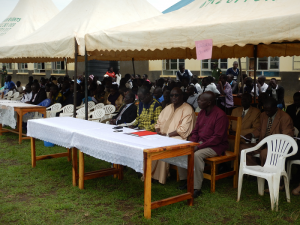