Jamhuri Day, 12th December, is the celebration of Kenya becoming a republic 1,5 years after independence from the British Colony in the 60’s. As of this day in December most/or a lot of working people go on annual leave for Christmas and New Years. It would have been difficult to arrange more interviews etc during this time, however some CGO’s were still working and I was invited to a two day conference/meeting at Friends of Lake Turkana regarding organizing communities. There was an organisation from Peru who were invited to present their work they have done with a similar situation as the one we are experiencing here in Turkana. Their work and results were impressive and hopefully in the future we will see the same strength and work in this region.

Before I attended the meeting and conference at Friends of Lake Turkana, I had had to take a short trip down to Nairobi to sort out my visa, to extend the length of it to be allowed to stay in the country. When I applied for my visa online, I applied for a tourist visa for 10 weeks, and 24h after application it was approved. When I arrived at the airport, the person at the boarder only granted me 4 weeks and said I had to come back down to Nairobi to reapply for an extension of my visa. I was told by my contacts at the organisations that this process would take at least a whole day, so I prepared two full days in Nairobi for this. When I went to the migrations office, I was informed that this is a common procedure for students as there are many occasions where students apply for visa in Kenya because its easier, and then disappear into Ethiopia or Somalia. The extension is to make sure that those applying for the visa is actually staying in the country. Once I arrived at the migration centre it did not take more than 20 minutes for me to get my visa renewed, which left me with two amazing days to spend in Nairobi.

After the conference at Friends of Lake Turkana I ended my stay in Turkana for December and flew down to Nairobi again as there was nothing left for me to do up here. I spent a week in Nairobi working on writing on my project and transcribing some interviews before heading down to the coast to celebrate Christmas and New Years.

I am now back up in Turkana doing my last interviews and I will finally get an interview with the oil company and county government officials. When I have finished here I am moving further south to meet with the environment institution NEMA and Kenya Land Alliance in Nakuru and Nairobi.

My week in Lokichar was highly eventful and went a lot better and much quicker than I thought. I was introduced to my contact person there through Friends of Lake Turkana who came to see me as I arrived to plan our week and the interviews.

The plan was to interview 3 local tribes affected in different ways of the extractives, as well as other key people and one of the managers of the oil company operation in the area. We managed to hold focus group discussions/interviews with the tribes and the information collected has created a good foundation for my work. We also visited a couple of sites holding hazardous waste and collected information regarding the impact of this on the environment and living standards of the nearby tribes.

I was invited to and participated in an information meeting for CSO’s by the oil company, however the interview I was going to have with one of the managers kept getting cancelled and postponed and it later came to my knowledge that the person in question had deliberately been avoiding me. Through some further contacts made during my stay in Lokichar this was later resolved after I had left and the person in question have now confirmed with me that he will agree to having a meeting which will take place after the new year.

I have had to reschedule a lot and re-plan my visit due to Christmas Holidays. After the 12th of December (Jamhuri Day, the day Kenya celebrate becoming a republic) most people go on leave return after the new year. However, before this I had to go down to Nairobi to extend my visa and fly back up to attend a 2 day conference which I will write about in my nest post. 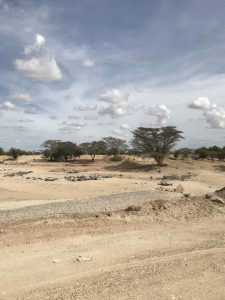 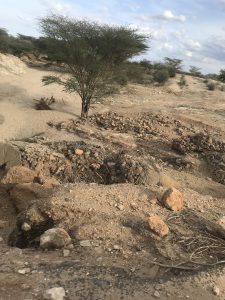 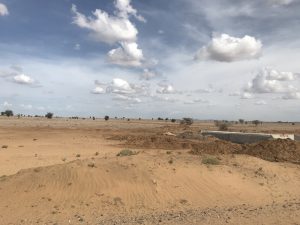