Hallo everyone, we are back. 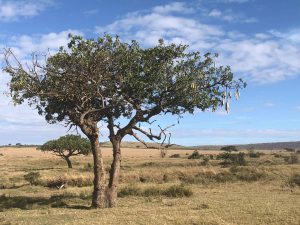 We’ve had a little bit of a an adventure END_OF_DOCUMENT_TOKEN_TO_BE_REPLACED

The past week we’ve continued visiting dispensaries, observing nursing staff and also begun with our interviews 🙂 we’re doing good!! We have the best interpreter and we’re learning something new every day!

Our days usually starts around 6am. We rise and we train, it’s yoga, running or tabata each morning and then we enjoy a long chai ya asubuhi (breakfast). After breakfast we head out for the dispensaries in the rural areas. When we get there the nursing staff and the patients are welcoming us and speaks open about their work and their issues. We’ve met around 10 nursing staff and everyone sees their work as a mission in life. Their happy being at work all day, evening and night cause they love helping people. Even though they say it’s hard, they still finish every ”complaint” with a smile and says ”this is what I want to do”. The patients are often kids and they are often very sick. Some of the patiens don’t have clean water and there’s a lot of tests for Malaria since it’s very common in rural areas. It’s an experience seeing these people being calm and dealing with Malaria or other diseases as if they had a regular cold.

Things are often different from Sweden who’s a developed country, and even though it’s a non developed country, we have much to learn from Tanzania. The way they help each other, cheer for one and other, and speaks to each other is so humble, friendly and encouraging. It’s truly a joy to see all this happiness in one of the worlds poorest countries 🙂

This week we’ve visited an elderly home and joined a campaign about fungus. The elderly home was a joy to see even though the conditions often are difficult for the elders. They don’t have clean water, two elders share one room (10 squaremetres), and their food often consists of only Ugali. Ugali is maize flour. Even though the circumstances aren’t the best the elders are the happiest elders we’ve ever met, and both me and Nike has worked as assistant nurses at elderly homes in Sweden.

The campaign about fungus that we joined was a bus tour that travels to rural villages and Norwegian nurse-students dance and talks about fungus as part of a fun show for the villages. There were also Tanzanian students that made an excellent role-play/theatre about fungus to increase the knowledge in villages. It was a happy and cheerful campaign!

Asante sana Tanga! We’re enjoying every second of every minute!